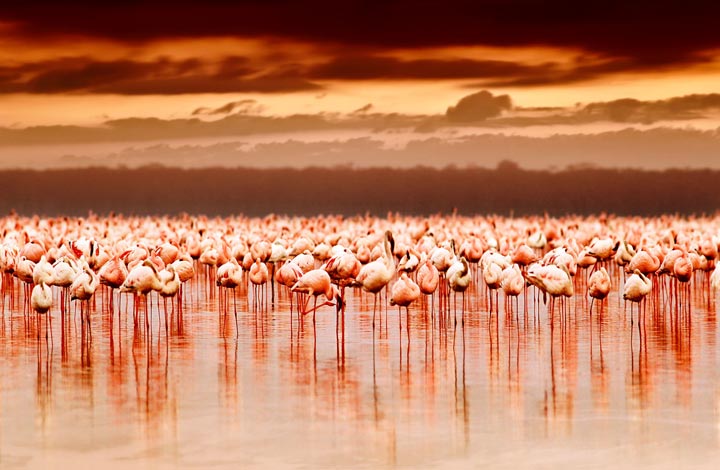 Lake Manyara National Park, which encompasses an area of 330 sq.km, of which 200 sq.km is lake, was proclaimed a game reserve in 1957 and registered three years later as a National Park. The park is situated between the 600 m high escarpment of the Great Rift Valley and Lake Manyara and is 130 km from Arusha.

Thus, it can be visited on a day excursion from this centre. At the Southern end of the park are hot Sulphur Springs known as Majimoto. Further along the forest the area opens up into woodlands, grassland, swamps and beyond, the soda lake itself.