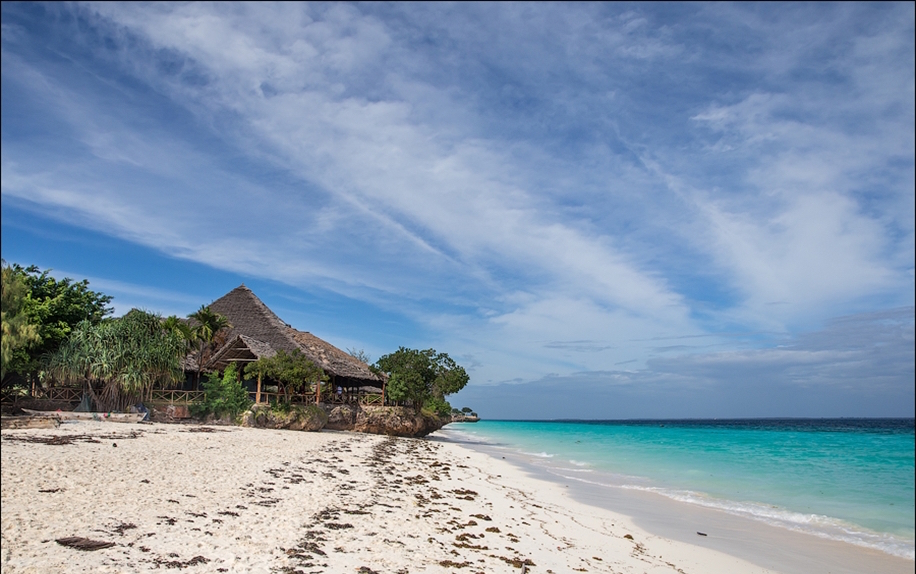 Zanzibar also known as The Spice Island, is part of the United Republic of Tanzania, is a series of many islands, the main ones being Unguja and Pemba. The more populated of the two main islands, Unguja, is better known as Zanzibar Island and is home to Stone Town, an historic, bustling city of narrow alleyways and stone coral buildings. In addition to the two main islands, there are many other islands and islets in the Zanzibar archipelago which stretches from the top of Pemba to the south point of Unguja.

The name Zanzibar came from a combination of two Arabic words, 'Zinj', meaning black, and 'barr', being the Arabic word for land, the result meaning 'Land of the Blacks'.

For a small island in the southern waters of the Indian Ocean, Zanzibar has a long and unexpected history. Easily accessible for the people of the African mainland, the Zanzibar islands are believed to have been settled first by Africans, some three to four thousand years ago. Centuries later the island began a history of hosting foreigners from Egypt, Greece, Persia, Arabia, India, China and Europe. The first recorded visit to Zanzibar is from about 60 AD and appears in a work titled "The Periplus of the Erythaean Sea", written by a Greek merchant who was living in Alexandria. Claudius Ptolemy, the famous Greek geographer living in Egypt, also made mention of Zanzibar in his work at about 150 AD, although the island was referred to under another name. Trade routes from Egypt, Roman Europe and the African coast, including Zanzibar, were, by the time of Ptolemy's writing, extending to Indo-Chinese ports.

It is believed that Bantu people (Africans speaking Bantu languages) settled in Zanzibar somewhere around the 4th century AD. By the 7th century AD, Islam had made its way to Zanzibar by way of Arab and Persian immigrants who were fleeing political strife, war, and famine in their own lands. The Arabs mixed with the local African population and along with trading goods, traded words as well, which eventually resulted in a language called Kiswahili today. The people referred to themselves and their culture as Swahili (thought to be named from the Arabic word sahil meaning coast) and thus the language was named as well. For the following centuries the Arabs and Persians continued to trade with their homelands while marrying into local society in Zanzibar and along the East African coast . Typical cargoes bound for Persia or Arabia consisted of gold, animal pelts, tortoise shells, ivory, ebony, and slaves; return ships contained porcelains, beads, and cloth. The Swahili culture reached its peak in the 13th century and it prospered up until the arrival of the Europeans in the late 15th century. Chinese shipping logs show entries from junks having visited Zanzibar harbour as early as the 13th century.

The oldest trace of Islam on the island is in Kizimkazi, the southern-most village on Unguja, where there's a mosque with inscriptions dating back to 1107 AD. The mosque has been renovated several times but the old inscriptions are still there and available for viewing by tourists. Remember to remove shoes, keep shoulders and knees covered, speak quietly, and leave a donation. Women are allowed to enter this mosque.

By the 15th century, Zanzibar was its own Sultanate but this independence did not last. In 1498 Vasco da Gama's expedition from Portugal began a stronghold over the whole East African Coast that lasted for two centuries. During this time, Jesuits, Dominicans, and Augustinians built churches and tried to convert the local populace to Roman Catholicism, but were largely unsuccessful.