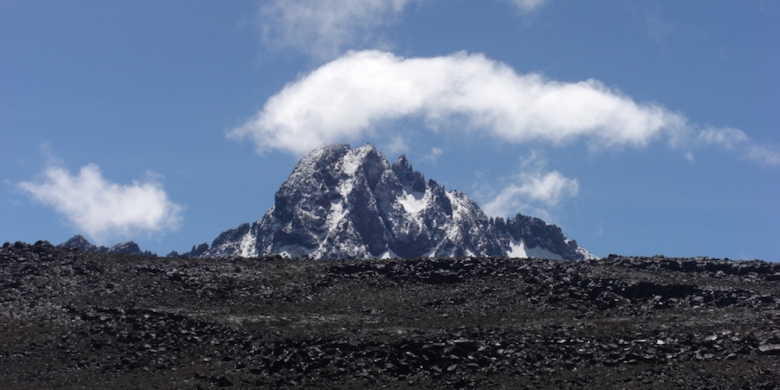 For a long time  most thought that Rwenzori with the “Punta Margherita” or “Point Stanley” is the 3rd highest peak of Africa. but as most travellers come to Mount Kilimanjaro discovers Mawenzi (main summit is called: Point Hans Meyer 5.149m) suddenly comes into the picture. It is  doubtful to many  whether Mawenzi is a side summit of Kilimanscharo or not. After Consulting  with the Kili Experts, who summitted Kili over 5o times. They confirmed that the saddle between Kilimanscharo and Mawenzi is lower than 4.300m hence a prominence of 849 m. This is more than between the 8.000m+ peaks Lhotse and Mt. Everest. The prominence of Lhotse to the south col is 610m and both mountains count as independent 8.000er.